More than ever before, women’s health issues are a primary concern for aging baby boomers. Our mother’s and grandmother’s didn’t have the same advantage that we do today. They didn’t know about trans fat and saturated fat, or the effects it had on our bodies and health. Nor did they participate in any regular sports activities.

Conversely, women over 50 are more active now than ever before. In the past it was thought that 50 was too old to start a running program, but that is no longer the case. With proper attention given to the basics, women over 50 can actively participate in 5k’s and 10k’s, in addition to half-marathons and even full marathons.

A number of running programs are especially suited toward older adults seeking to be more active. The key is to begin slowly, perhaps with walking, and build up to jogging/running. Certainly older adults starting a running program should be more careful and place an emphasis primarily on their physical fitness with special attention paid to nutrition and hydration. A visit to a physician before starting any kind of exercise regimen is advised.

Keeping any health issues in mind, a running program can be specially tailored to the particular needs of the individual. Since older adult women are prone to loss of bone density and often suffer with joint problems or arthritis, softer surfaces such as a treadmill or specially designed soft running tracks found at many schools and parks can be used.

The reasons that older adult women are taking up running are many and varied. Besides not needing any special skills, pricey gear or athletic ability, running only requires a pair of running shoes, determination and time.

According to researchers at Stanford University, regular runners live longer and stay healthier. A 2009 study published in the Journal of Strength and Conditioning Research found that running is as good for bone-building as strength training, a vital “must” for active older women.

Christine Hinton, a running coach from Crofton, Maryland, says, “Virtually every system in your body benefits from running.” This includes both physical and mental elements. Running burns more calories than almost any other exercise. It tones the body and staves off stress.

A sports psychology consultant and assistant professor of athletic coaching at West Virginia University, Kristen Dieffenbach, Ph.D., says, “Your arms, legs, and breathing fall into a rhythm that eventually lulls your brain into a meditative “no-stress zone.”

Running also improves mental health. The area in the brain that is associated with mood becomes saturated with endorphins after exercise, creating what is called the “runners high.”

Although running has its critics, many of their issues are found to be myths. Some say that the relentless pounding is hard on the joints and even causes wrinkles.  However, the Journal of Anatomy has found that running strengthens muscles and ligaments, which in turn protects hips and knee joints. The reason that runners can be viewed as weathered is because they are generally thinner with less body fat, which can define wrinkles and make them appear more prominent. They also spend a lot of time outdoors in the sun which causes wrinkles. Sunscreen should always be used when spending time outdoors.

Hi! Do you use Twitter? I'd like to follow you if that would be ok. I'm definitely enjoying your blog and look forward to new updates.

Boakyewa,
This is actually a very exciting topic you acquired happening here.

Today is your lucky day cos I'm living proof that it's absolutely feasible to
meet your future love on a networking or social websites internet site.
I met my now Wife on a social media marketing website (Not
FB) but similar. I't was pure coincidence considering that I was not on that site to discover enjoy in the first location.
Basically I found some of the issues she wrote about herself quite intriguing and fascinating thus wanted to understand more. I commented on her bio no motive in mind than to understand more about her hobby (studying individuals) which coincidentally is one particular in the things I like to do in my own free time . We did a lot of inboxing' back and forth for over three
months and in those three months we never ever spoke around the phone.
(individually I was not so keen on talking with her on the phone).

Fast forward a number of months... It so happened which i was in her city for some business and i experienced commented
on my web page on how horrible that city was oops!
Well she inbox me letting me know how offended she was
cos I had been talking about her city (experienced no thought).
She was so bent on proving to me how excellent her city was that she offered
to show me a few interesting places in the city.
Wow! how bold... Not so keen on this I countered her offer you by suggesting
a quick lunch in any spot of her choice (she experienced to prove me wrong).
We met and to say the least the chemistry was instant..
. Lunch went by so fast... had to leave back for the hotel for any meeting so we exchanged numbers and the remainder is history.

So all I've to say is that love has no strategy... It just hits you when you least expect and sure it can take place on fb also .

Look into my webpage; dating Tips from my future self hulu

Concerning the green espresso diet capsule. I took it for 30 days and i seen no results.
...What I weighed once i started the tablets is specifically
what I weighed when i finished the tablets. How can a company
assure weight reduction with their solution and it DOES-NOT work?
????

Thanks for sharing your thoughts on facts about colon health.
Regards

Just wish to say your article is as astounding. The clearness in your publish
is just excellent and that i could suppose you're an expert on this subject.
Fine together with your permission allow me to grab your
feed to stay up to date with imminent post. Thank you 1,000,000 and please carry on the enjoyable work.


Stop by my homepage :: egg diet for weight loss

JOIN MY NEW AUTHOR BLOG BELOW

My blog has become too crowded so I'm splitting it in two: please join my new author site at Gwen Gardner, YA Author. And Hurry! It's lonely over there without all my lovely followers. 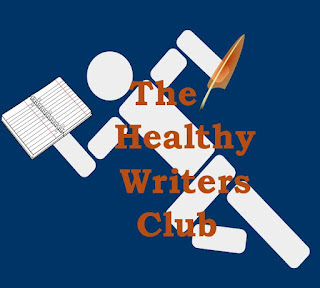 First Wednesday of Every Month 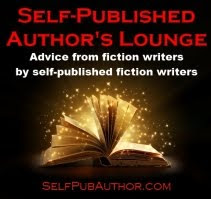 Welcome to My Site

Run-ning/'reniNG/adjective
1. Running is a means of terrestrial locomotion allowing a human or an animal to move rapidly on foot. It is defined in human sporting terms as a gait in which at some point all feet are off the ground at the same time.

"'Faith, I ran when I saw others run" ~ Falstaff, Henry IV, William Shakespeare